NetLab’s IT Proficiency Test is aimed primarily at researchers as an advisory help for determining whether their computer skills match the scope and complexity of projects involving archived web content.

OECD research in 2015 has shown that only 7 percent of computer users in Denmark (and similar numbers with small variations for other OECD countries) are highly skilled in computer use, when the skill levels are measured as ability to handle numbers of operators and operations. 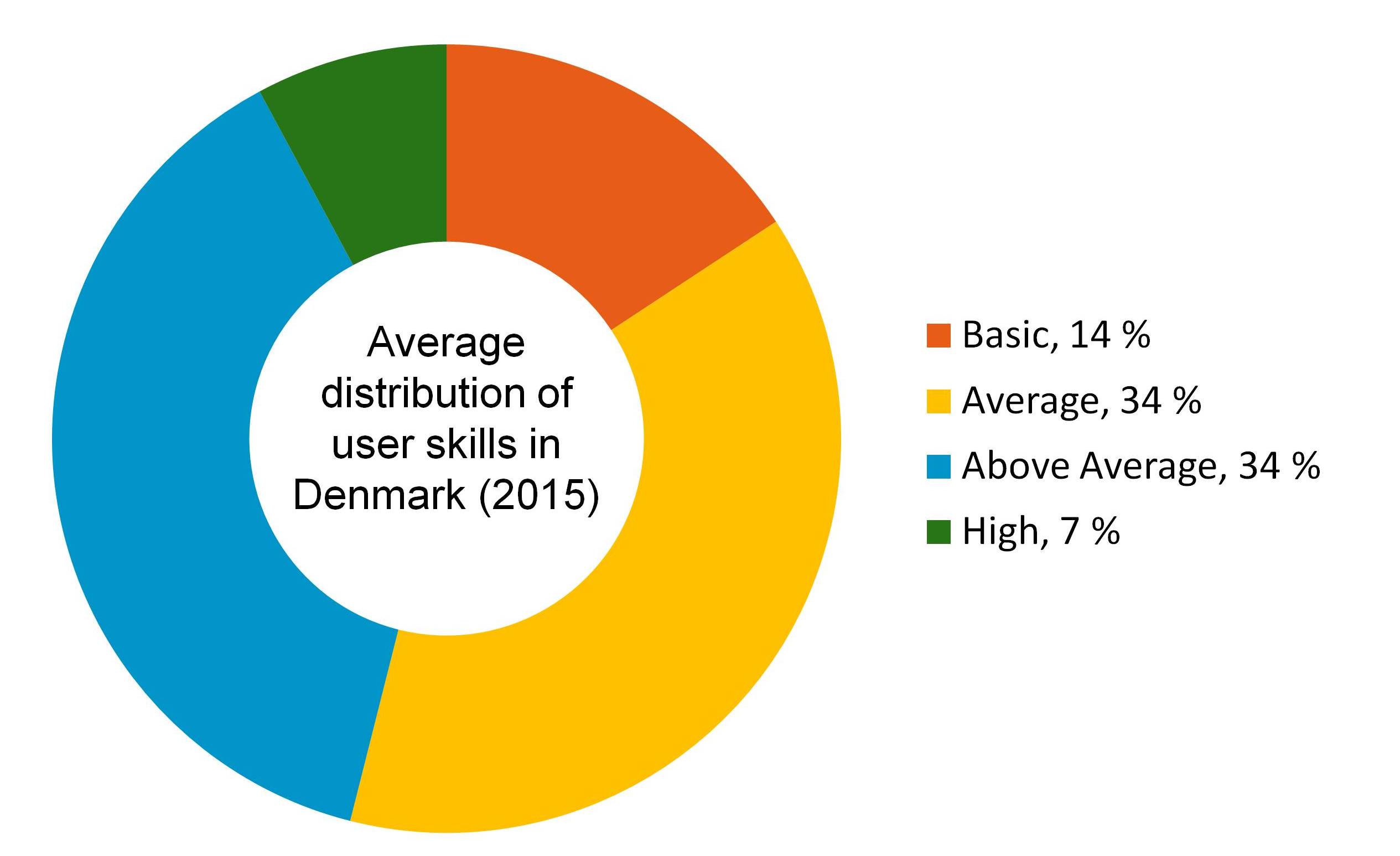 Skill level distribution in Danish computer users (after OECD, 2015. 11% of the populace which cannot use computers are omitted.)

It is advised to take the test with the understanding that very few people actually have a high IT proficiency, and that you may therefore get feedback that suggests you are less skilled with computers than you would estimate.

A more detailed introduction to the test and the underlying design may be found here: NetLab IT Proficiency Test General Background.

Taking the IT proficiency test will result in a feedback page including advice on how to proceed with projects of varying complexity levels. There are uncertainties with any kind of testing criteria, wherefore the result of any test taken must be understood as purely advisory, and hopefully inspirational.

Test input will be kept for research purposes in accordance with GDPR. The conditions are presented in detail before starting the test. If not acceptable, you may simply omit proceeding to the test.

This website uses cookies to personalise content and ads, to provide social media features and to analyse our traffic. We also share information about your use of our site with our social media, advertising and analytics partners who may combine it with other information that you’ve provided to them or that they’ve collected from your use of their services. You consent to our cookies if you continue to use our website.
Accept Read More
Privacy & Cookies Policy

This website uses cookies to improve your experience while you navigate through the website. Out of these, the cookies that are categorized as necessary are stored on your browser as they are essential for the working of basic functionalities of the website. We also use third-party cookies that help us analyze and understand how you use this website. These cookies will be stored in your browser only with your consent. You also have the option to opt-out of these cookies. But opting out of some of these cookies may affect your browsing experience.
Necessary Always Enabled

Any cookies that may not be particularly necessary for the website to function and is used specifically to collect user personal data via analytics, ads, other embedded contents are termed as non-necessary cookies. It is mandatory to procure user consent prior to running these cookies on your website.